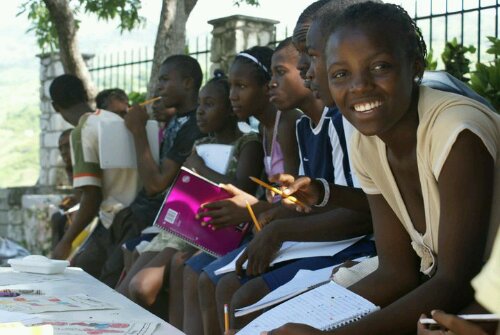 It has been exactly one year since I got on a plane headed for Haiti. Six months had passed since the tragic earthquake had claimed so many lives and left an already destitute nation in a state of utter helplessness. I wasn’t sure exactly what to expect in Haiti. I knew it would be completely different than anything I had ever experienced before.

As I look back, I remember being overwhelmed from the start by so many people begging. As soon as we left the terminal, kids were outside the gate asking for money. Although it was almost ridiculous how many people were trying to get a little something from the “blans” (Kreyol for “Whitey”), I remember distinctly one little boy saying in English, “I’m hungry”.  It broke my heart because I knew it was true. Here in the States we have homeless, but we have programs and most likely they have access to food, water, and even shelter. Some of our homeless are on the street because of addiction. Haiti’s average citizen lives in conditions we can’t even begin to imagine. The majority of these people are begging because they have absolutely no other hope of survival.

I was at once struck by the contrast that even our poorest are so well off compared to these people..I mean, people in the projects have cable.. I am not saying anything in judgment, only to put into perspective what it looks like to be truly,truly poor. The city of Port-au- Prince was in shambles..crumbled buildings, trash piled high everywhere with no sanitation system in place, and even huge wild hogs running through the chaos.

This place was utterly foreign. The first night we stayed on the Baptist compound in the city, and I fell asleep to the sounds of voodoo drums. I prayed Psalm 23 that night over and over as I lay in that tent, never having felt so close before to that “valley of the shadow of death.”

My roommate back in Richmond, Kim, was in Haiti waiting for us that first day. She had left  the US almost three weeks prior to spend a month in Haiti helping dear missionary friends before she moved to the Dominican Republic to be a French teacher for a year. She taught me some Haitian Kreyol while we lived together, and made it possible for us to go to Haiti privately and work with a Haitian-run mission after our first plans  to go through an organization were canceled.  It was a blessing to have her there, and she helped us to get acclimated and translated for us the first week we were there.

The second day we made our way  via AWESOME Land Rovers to Light on a Hill, a mission home built on the side of a mountain in the “town” of Diquini. We were in a gated compound with armed guards. All around the compound were tent villages: blue tarp or sheet metal homes with no electricity, no running water, and dirt floors. Further down the hill tents were interspersed with stone homes in various states of collapse. Our home for the next two weeks was a long, ambling concrete two- story built as a mission in the sixties. As there is not a ton of money for upkeep, there were plumbing issues and maybe a few rats and tarantulas inside the house. Electricity was on for maybe an hour during the day, and when the water was turned on, ice cold was the only available temperature. Yep. However, it was a huge blessing to be in a house instead of tents and how could we complain when, compared to the native people, we were in the Haitian Hilton?

My team from Aletheia consisted of Mike and Amanda, Erin, Julian, Karen, Josh, and Luke. I loved how  all strived to show the love of Christ to each other and to those we met while we worked together, worshiped together, and prayed together. I was blessed to see from each one a posture of service to God and the people He allowed us to serve. I was encouraged to see them continually leaning on God for strength, both physically and emotionally. While we were there, most of us got sick, ( I thankfully  didnt get the stomach bug some did but I did get a pretty gnarly respiratory infection), some were homesick, and I know all of us were just plain exhausted each day. Yet there was joy there, a joy in serving our God, together. In a place that may seem  God-forsaken, God extended His love to the Haitians through His people.

The first  week we were able to assist a medical team from Metropolis, Illinois. From this group came our honorary ninth team member, Justin, a young man with a heart on fire for the Lord who fit into our group  seamlessly. His team went back to the city compound each night, but he stayed with us. It was such a huge blessing to meet him and get to labor next to this once stranger who at once felt like a brother to us.

During the day the people from the surrounding villages would come in droves for free medical treatment. Each person also heard a Gospel presentation before they left. In the afternoons I taught English in an open-air classroom in the front yard. The students showed me how wrong I was in my perception of the people. They were smart and SO funny. They were surprisingly NORMAL. People just like you and me: some nice, some class clowns, some shy. The difference is that they go home to VERY different conditions.  ESL class was absolutely my favorite part of our days. I fell in love with those kids and it was extremely difficult to leave them.

There was also a “Vacation” Bible School for the kids in the afternoon. One of the highlights was when our team put on a skit of “David and Goliath”. Erin played David and Luke on Josh’s shoulders made a very memorable Goliath! The kids (and adults) loved it!

We (and by we I mean the guys) were able to build benches and a podium for the wood-pole and tarp church right outside the compound. Previously they had been using old wrought-iron chairs with boards run through the arm openings. Innovative, but not comfortable! The guys did a great job and we were delighted to leave a tangible part of our love for them behind in that way.

The church services were in Kreyol, but the hope of Christ is global and we shared that with our Haitian brothers and sisters as we worshiped and danced alongside them ( the manual on Haiti we read said Haitian Christians didn’t approve of dancing. Let me tell you that they got DOWN! The  Haitian pastors led the dancing and it was awesome! )The joy in them was overwhelmingly beautiful, because though to many it would look as though they had nothing, they knew that to have Christ is to have everything. No one, no earthquake, or disease can rob them of their eternal security.

On the flipside, we, though having much, have nothing if we don’t have Christ. As Mark 8:36 says, “What good is it to gain the whole world yet forfeit their soul?” There is comfort knowing that these brothers and sisters, though they struggle now, will not be disappointed in their hope.

We met unforgettable people there, the missionaries Jordan and Kristi, David and Parker ( who could beatbox while singing), and we were so blessed to work side by side with Haitian Christians such as Pastor Junior, a 27 year old man who followed God even when it meant being kicked out if his home as a teenager by his voodoo priest father. God has provided for Junior every step of the way and under his leadership Light on a Hill provided a safe place for Haitians to learn what it means to know God, know His word, and serve their community. Also, the man could do backflips!

We met our beloved translators, Reggie (Legend) and Anel, and taught them great American sayings like ” Can you dig it?” and ” Would you like to cut a rug?”. These people became like family while we were there and I still think of them often with great affection.

The kids..Foudia, a beautiful young lady who was one of the top students in ESL, Jordan (Diquini’s teenage Casanova),
little Vayina who would run through the house screaming “Uncle Funny!!” because she thought that was Josh’s name, Jiggabob, Jerry..these faces I will never forget. Beautiful people.

Haiti itself is gorgeous: a paradise that left alone could easily be one of the most beautiful places on earth..tropical flowers, lush foliage, white beaches and clear turquoise water. I saw in picture form the effects of sin that mar the perfection God created..poverty and wreckage, trash and despair covering what should have been a breathtakingly amazing  island.

Voodoo is very prevalent in Haiti, and we actually got to pray outside of a home where a voodoo service was taking place. I had every right to pee my pants, but we were so prayed up by the time we got in front of it that I wasn’t scared anymore. A woman from a neighboring house gave her life to Christ as the drums pounded not a hundred yards away. God showed me that He was bigger and provided peace even in the face of one of my biggest fears.

There were so many funny things people said or did ( all the kids called Julian “Julian Pikon” because if his pointy hair, Karen and I laughing hysterically in the early morning hours  thinking about the rats in the kitchen, the ten mile hike in extreme heat that truly was uphill both ways, and Josh’s bath in the water barrel afterwards, and so many more), and such a perfectly, singularly extraordinary trip could never be duplicated.

God changed my heart, my perspective, my mindset and my sense of everyday mission through this trip. He allowed me to step outside my realm of comfort and familiarity and see that all over the world He is moving and He is sovereign. He is powerful and mighty and merciful and loving. My prayer for the nation of Haiti is that they would know their Savior, that they would see Him as good even in the midst of trial. I will always carry the people I met, and the relationships that deepened in my heart with joyful recollection. I am deeply grateful to have been there for that brief, indelible period of time. 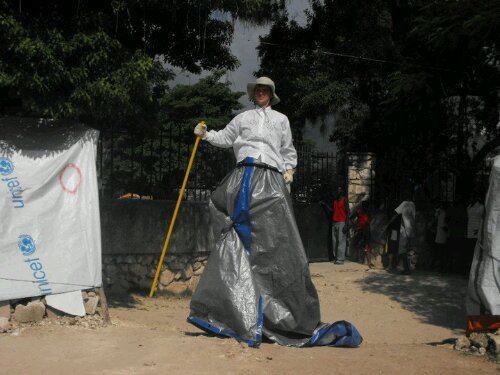 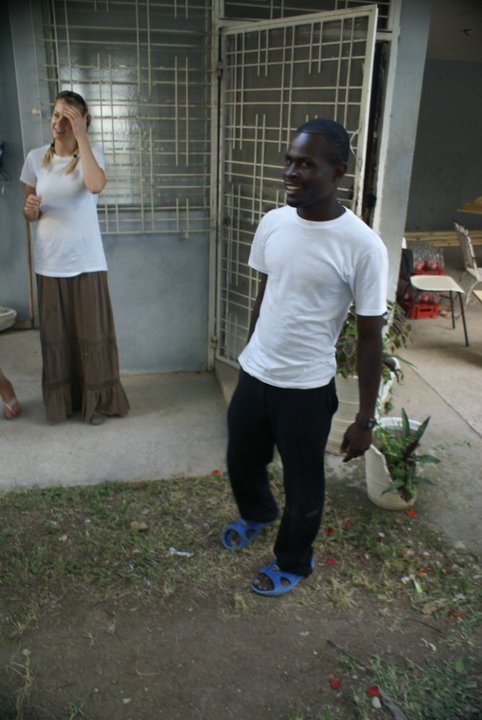 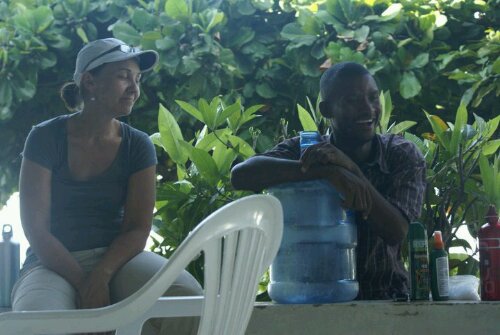 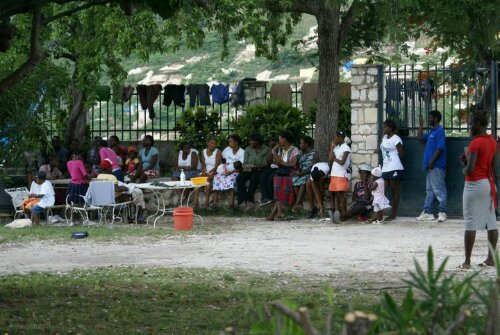 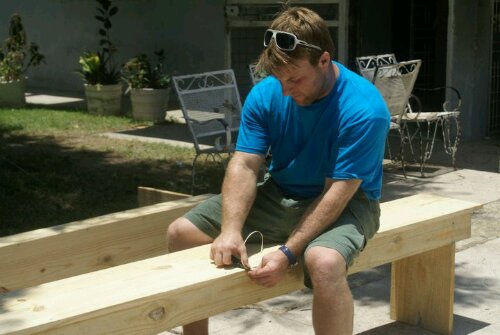 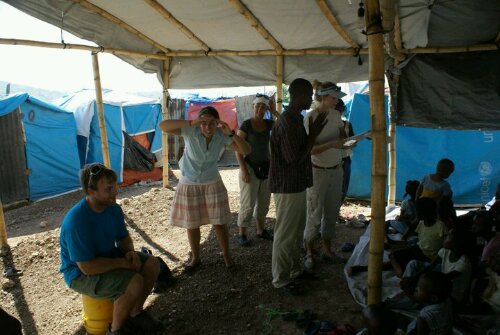 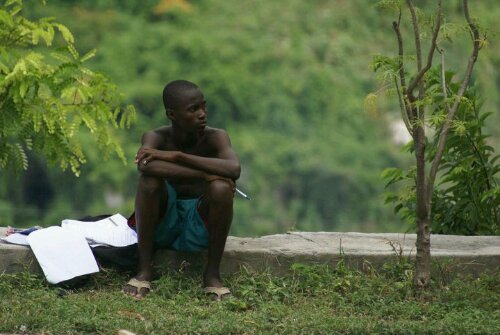 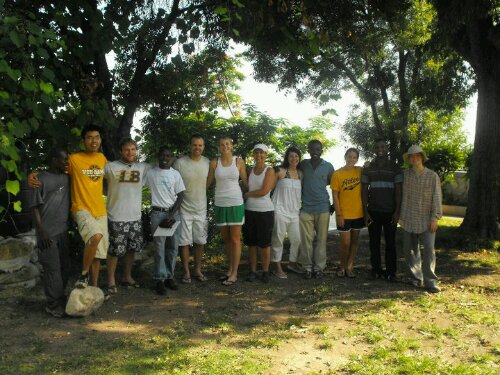 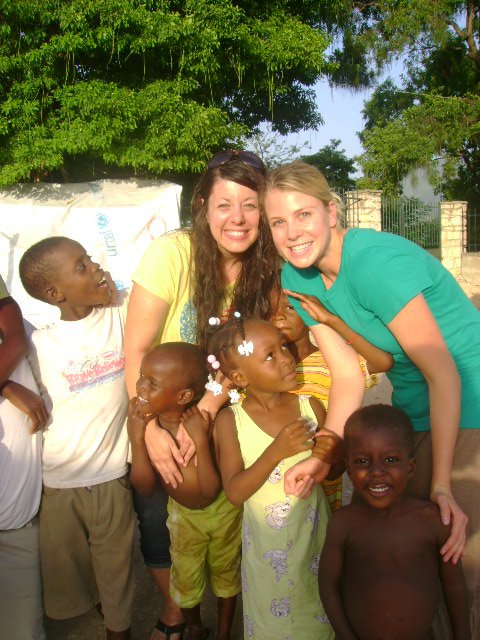 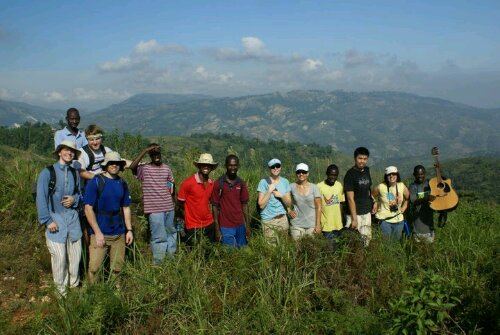