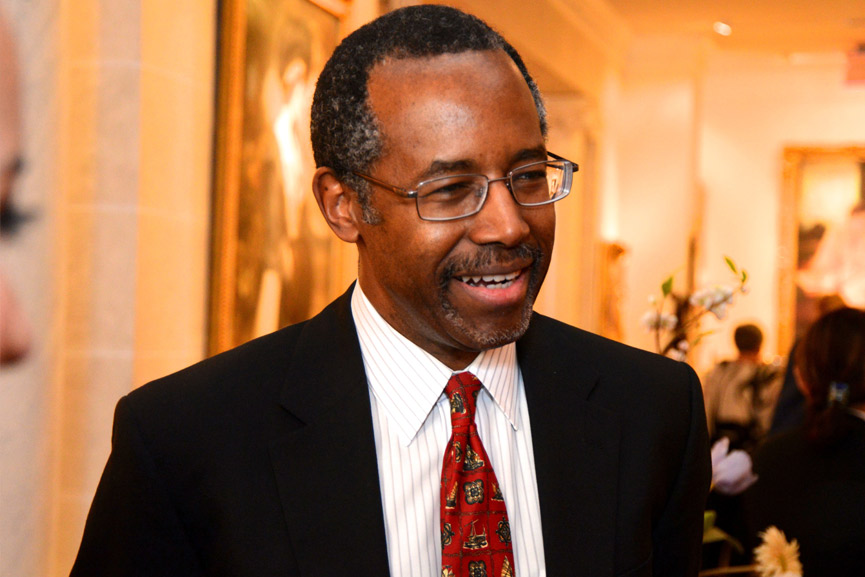 I am not political. I think there are crap Republican candidates and crap Democratic candidates. The speeches are boring, confusing, and the promises never seem to make it past one house or another (?). I hate pantsuits. It’s hard to say that one party aligns more with my personal beliefs than another. So, it’s rare for me to be moved enough by a candidate to want to get the word out about them.

I loved watching the biographical story of his journey in the movie Gifted Hands. Ben went from being a poor child in urban Detroit, raised by a single, illiterate but fiercely devoted mother,  to becoming the director of pediatric neurosurgery at Johns Hopkins University. A love of learning, hard work, and his faith in Jesus fueled his passion and his success. Now, his story continues as he throws his hat in the ring for the 2016 Presidential election.

Why I love this candidate:
He is a real person. He’s not a politician. He cares deeply about making this country what it was originally intended to be: one nation under God, a place where anyone can reach their dreams if they work hard enough, and a country that does not pander to people who would take advantage of the system.

He is unashamed and unapologetic about his faith in Christ. He is against abortion. He wants to continue to stand with Israel, as God has directed. He wants to simplify the tax code. He wants to undo Obama care, but has a plan for people to transition out of it. Here is Ben on the issues (he says it better than I do).

I also watched  this video of him speaking with radio personality and financial guru Dave Ramsey. I enjoyed hearing more of his heart for getting our country back on track:

I realize that not everyone will agree with him on every issue. I don’t necessarily vote by one party or another. Both have their strengths and weaknesses. Regardless of party lines, my heart longs for a genuine, good person to be in charge. I think he is that man. God is obviously behind him, and so is this girl.