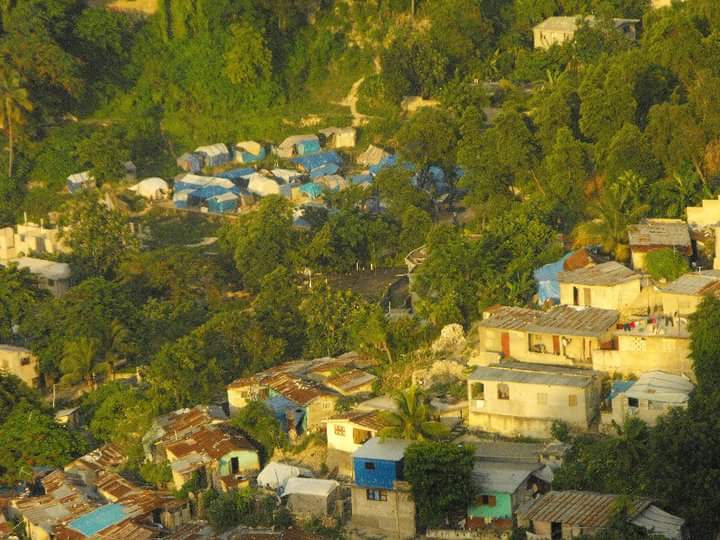 Hands down, it was the best “vacation” ever, and I would love to return someday.

I also love missionary stories, so when I came across “Miracle on Voodoo Mountain” on Christian Audio, I knew I’d enjoy hearing the story of Megan Boudreaux, a twenty four year old who responded in obedience to God, quit a great job, sold all her things, and moved to Gressier, Haiti. 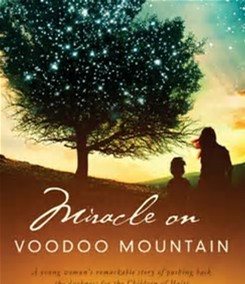 Megan’s had a ridiculous amount of miracles happen since,  which I will leave out because I want you to read the book yourself! It’s so good!

The one I will share is when Megan flew to Colorado to speak at her friend Josh’s church, hoping to raise money to build a school, provide full tuition and meals for many destitute families, and to be able to pay teacher’s salaries.

The speaking engagement went well, Megan thought, but she raised only a fraction of what she’d been hoping for. Feeling God had called her to continue her work in Haiti, and knowing how amazingly he’d provided before, she was confused and hurt. The car ride to the airport was silent, as Josh tried with no avail to comfort her. She felt a little bratty, but she was so disappointed.

Josh’s phone rang. It was his boss’s wife, who’d heard Megan speak and was wondering if they could get dinner. Josh politely declined, saying Megan had a plane to catch.

A minute later, Megan’s phone rang. It was an unidentified number. “Hello?” she asked. An automated recording started. “Your flight at 6:30 p.m.from the Boulder Airport has been cancelled. Your flight is rescheduled for 7:15 a.m. tomorrow morning”. Megan glanced at the blue sky and wondered what was going on.

Josh smiled and said, “Guess we can go to dinner!” He called Mrs. Richardson back.

During dinner, Megan met Josh’s boss, Mr. Richardson, who happened to own a little company called Otterbox. The Richardsons asked more questions about what Megan was doing in Haiti, and then Mr. R. asked one final question:

“What is the dream amount that would accomplish everything you’re trying to do?”

Megan thought of the most money she could dare dream to ask for, and when she opened her mouth, somehow, she said a figure twice the amount of what she’d planned to say. She was horrified, and wished she could take back the words. How had that happened?!

Mr. Richardson wrote a check and handed it to her. “This is for half that amount, because I want you to keep sharing what you are doing.”

Get this book! It is full of one incredible story after another.

For God’s agenda to become our holy passion and our greatest joy, starting with me!

*Healing for the lumps in J’s back.