Aletheia. In Greek, it means truth. In half-Greek (aka me) it means so much more.

This past weekend, I got the opportunity to visit an old friend who moved to Roanoke two years ago after her wedding. Julia and I met at Aletheia, and visiting with her and Sam, her former roommate, brought back so many sweet memories.

Aletheia was a church that met downtown in the heart of Richmond, and had a strong ministry to the college students at Virginia Commonwealth University. I found it through a connection I had with a cute blogger in Kentucky: his friend Josh from seminary was actually the pastor and he encouraged me to check it out.

From the first time I walked in to the big auditorium on campus where Aletheia met, everyone was welcoming. The congregation was young and informal. The worship was moving and the preaching was solid and from the heart. I was hooked. As I got to know people, I was inspired and challenged by their dedication and passion for Jesus.

Some of my absolute favorite memories and adventures come from my time there.

I befriended Alicia, and through her met some of the awesomest (yes, it’s a word) new friends from all over the globe. One of those is my little brother Naif, now back in Saudi Arabia, but forever in my heart. Alicia and I adventured. That is the only word for it. Maymont; D.C. (this weirdo loved the subway); Virginia Beach; Saudi dinners; an all- night Moravian worship song night in Lynchburg (By 4 a.m. I was literally angry every time they started a new song).

Alicia was my partner in crime, but she also challenged me. She was utterly devoted to God. Her intuition and prayer life blew me away. She would send out a text telling us she felt the need to pray for someone, and later we would find out they were in crisis at that exact moment. Scary cool. After a year or so, I got to see Alicia fall in love with and marry Matt, and she still made time to hang out and go to Roanoke to audition for Wheel of Fortune.

I met Erin, my womens’ Community Group leader. She taught me to dig into Scripture and how to love others well. Through her CG came friendships with Bekkah, Julia, Christie, Anna, Emma, and my sweet Erin Alyse. At first I thought she was a snob but she was actually just shy. She became my little sister (and briefly a police officer). Bekkah and I bonded over past experiences and our love of hip-hop. Julia, a former cheerleader for Tech, became one of my closest friends, even though she asked questions like “Ew! What kind of stick was it?” when my friend Austin told the story of her boyfriend holding up a stick with a snake wrapped around it while they were tubing in the river. Julia and I eventually led a CG together and got to love on lots of women through lots of different struggles (“Why they be jealous of my blessings?”).

I met Karen and Rodney, John and Mary Ann, Josh and Chantel,  Mike and Amanda, and Dave and Debbie. These couples modeled dedication to each other, the Lord, and the church. I am so grateful for their example and for all of the home-cooked meals we shared!

I met Trent, an ex-bad boy who was now completely in love with Christ. He, Alicia, Naif and I were inseparable. I loved riding on his motorcycle (the one time before he crashed it), hiking Humpback Rock, day trips to the beach with Udit, screaming bloody murder at the fake chainsaws at the Ashland Haunted Berry Farm, and snowball fights that resulted in losing ALL of my keys FOREVER. He even surprise baptized me (I knew about the baptism, just not that he would do it). I am thankful for our friendship and how he walked out life as a godly man.

I went on my first mission trip to Haiti with Aletheia. Mike, Amanda, Karen, Julian, Josh, Erin, Luke, and I spent 10 days in a mountain-top mission together. We faced voodoo, rats, and tarantulas together. Best experience of my life.

Some of my new friends included: Ashley M, who loves dogs more than anyone should; Tara, a physical therapist who was as shy as I am outgoing but a sweet, faithful friend; Samantha, a suit salesman with whom I filmed a dance video all over Harrisonburg the first day we met; Ashley W., same day, tap-dancing in Luray Caverns with strep throat, Alethea, who came to church because it was basically her name on the flyer; Tommie Johnson (I like my coffee strong and black like Tommie Johnson); Melanie, a hairdresser and lover of cheese and wine; and Melanie’s ex-boyfriend Thiago, a Brazilian who became one of my closest friends and taught me about rum ham. Thiago, Gabe (a nomad from Tennessee), and I took an epic New England road trip two years ago.

I am sure I’m leaving out ten times as many memories and relationships than I recorded, but it’s amazing to remember all the beautiful experiences,( oh! Shing’s wedding with all the surprise performances and five-star Chinese feast!, and Fall Retreat at Eagle Eyrie!) and the friendships I still carry with me.

6 years later, much has changed. It is bittersweet, in a way, because that time will never be again. People have moved, gotten married, gotten engaged, had babies. Life goes on, seasons change. The love remains.

Me, Alicia, Trent and Naif..when life gives you lemons. 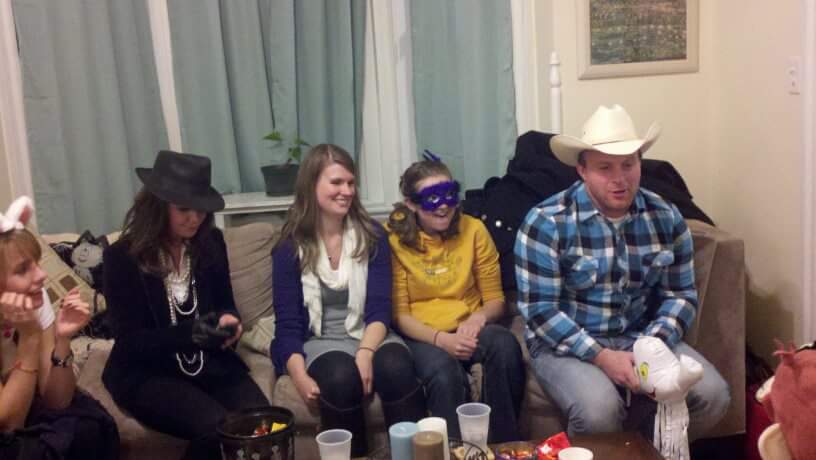 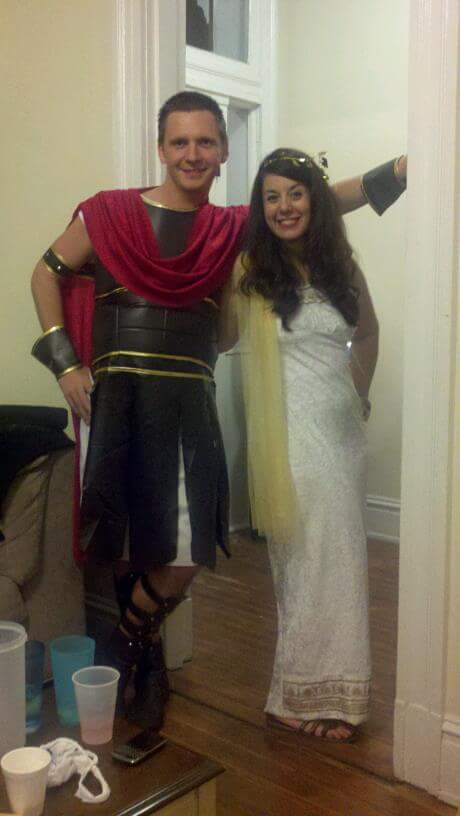 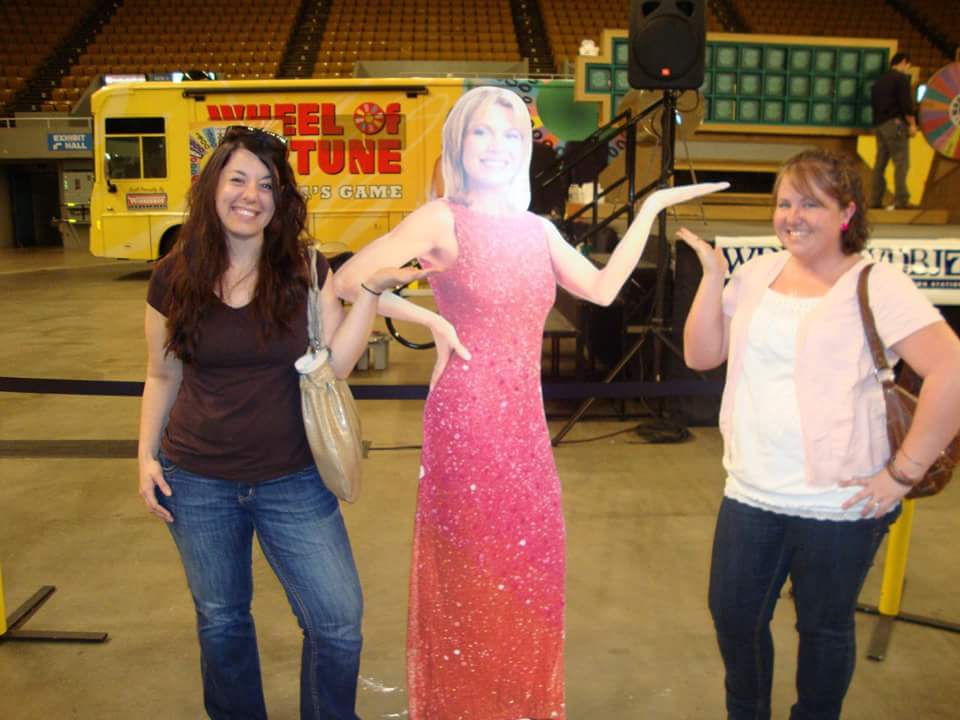 That one Fourth of July with all dudes 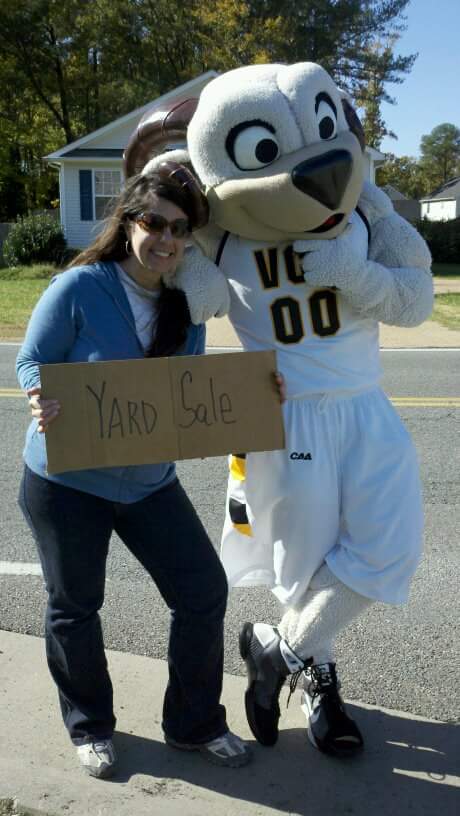 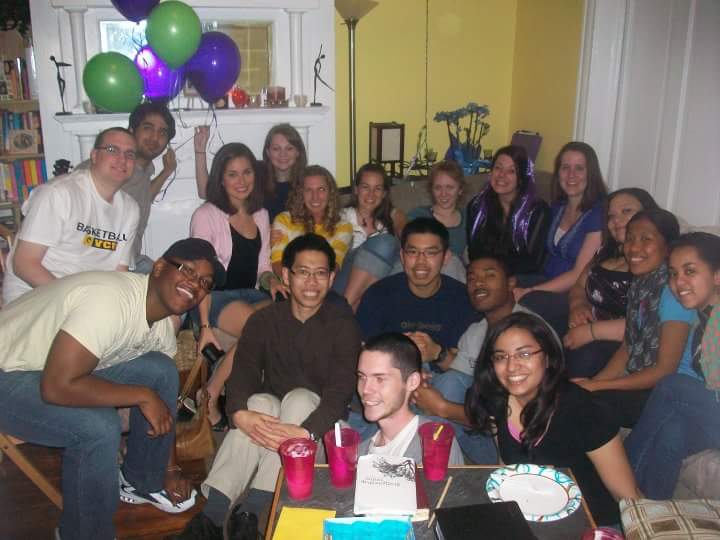 Two of my birthday parties

Trent and Naif’s Going Away Party

That time I had two Valentines and felt like a pimp.

One of the thirty Aletheians with Noro virus

Saudi Dinner with Naif and Shak! 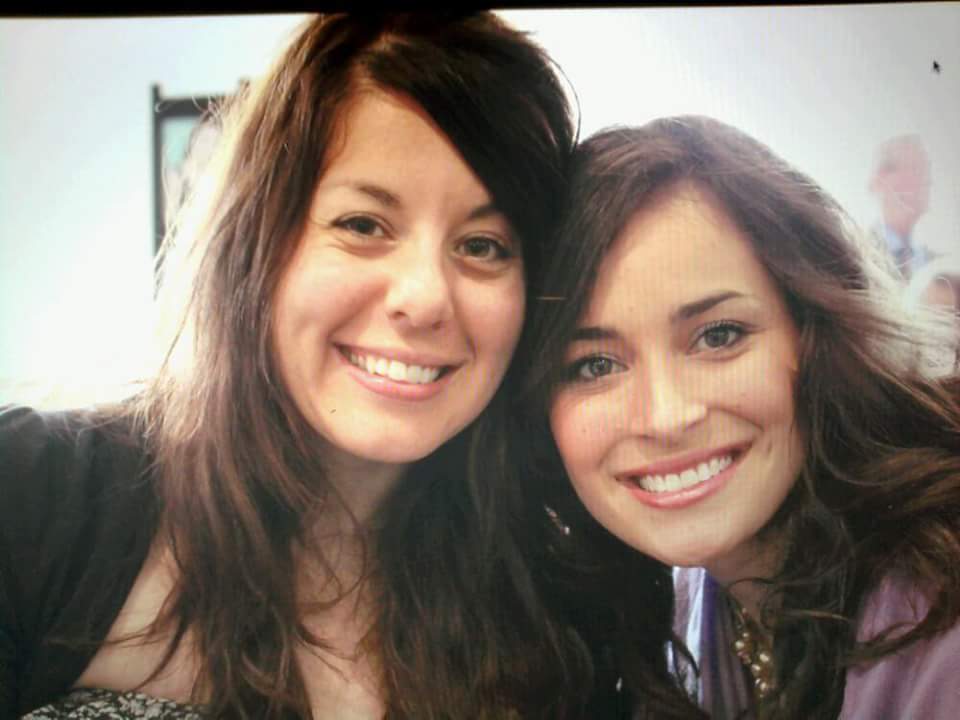 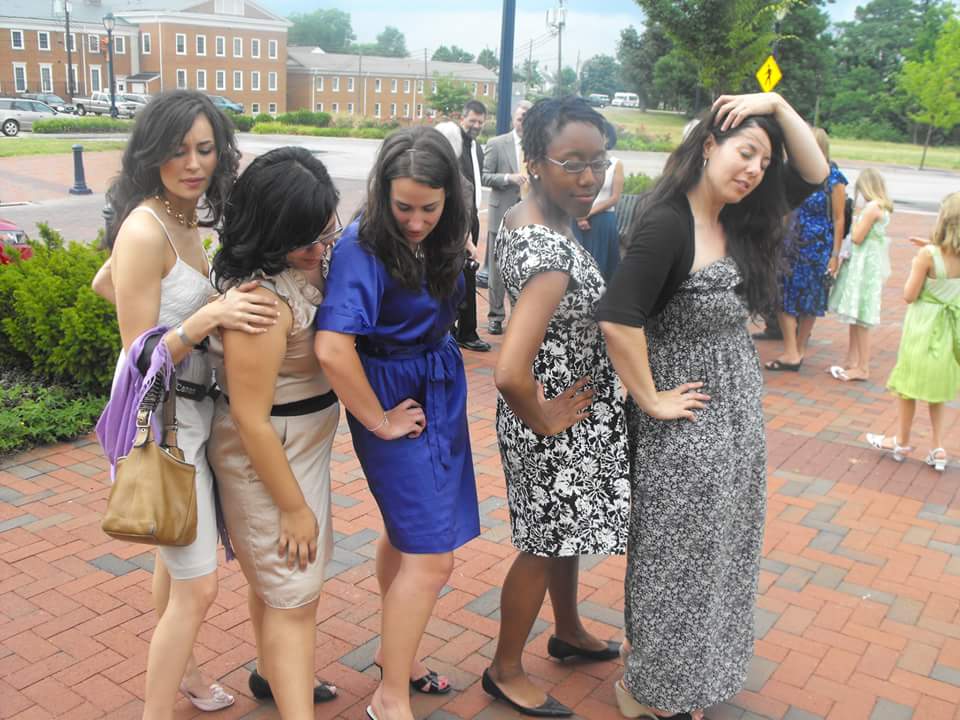 Bekkah’s wedding, Me and Julia, Posing 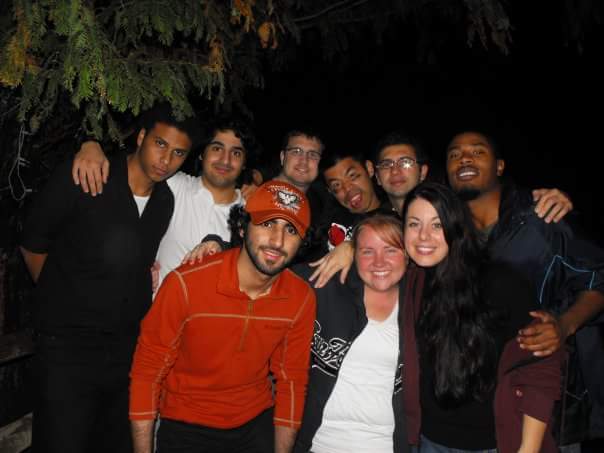 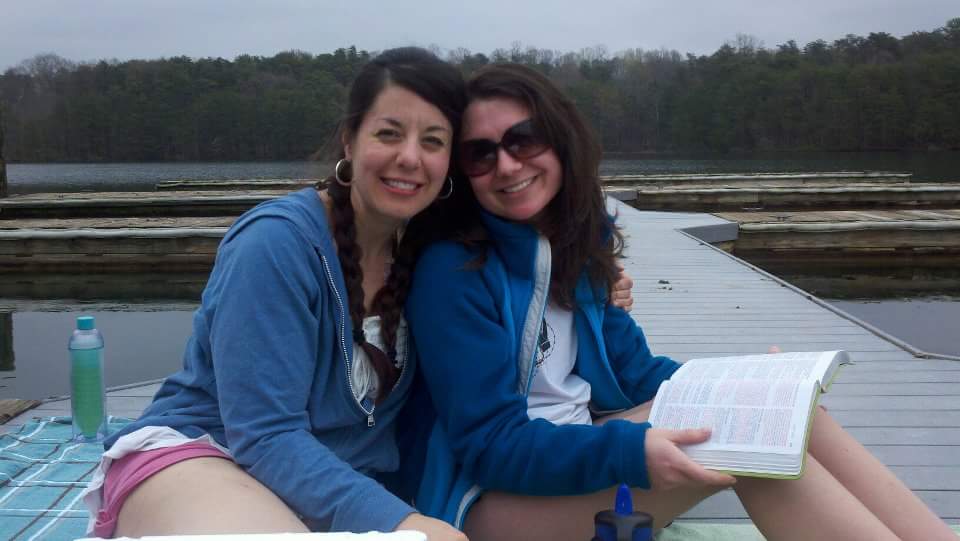 Me and Sam at Smith Mountain Lake 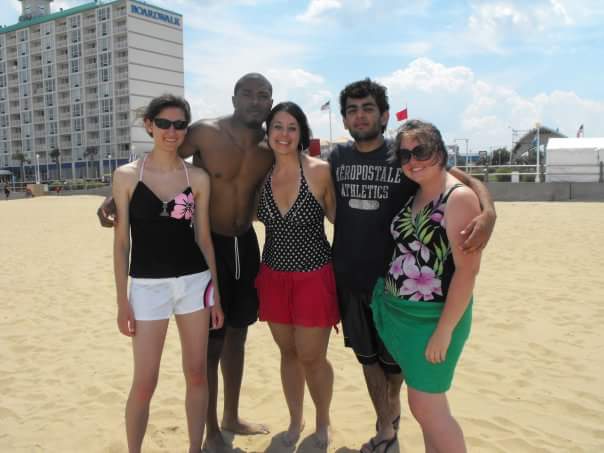 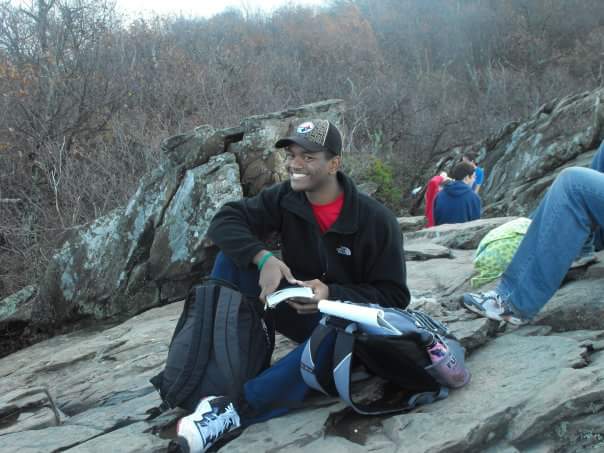