Someone please build a gym in Church Hill! We have so many restaurants, but no gym other than Crossfit, which is for millionaires and trust-fund babies. It’s not fair! The calories flow like the wine of Capistrana, and I have nowhere to shake them off.

I’m thinking about burning calories because this past weekend we really upped our intake.

Our friend Justin came up Friday night from North Carolina. I met Justin while on a mission trip to Haiti (read about it here). His group was a medical mission team from Metropolis, Illinois, but they were mostly older so Justin became “Number Nine” to our team of eight, and  honorary little brother to the group. Back in the States, we stayed in touch through Facebook, and he’s now in seminary down in the Raleigh-Durham area. Being so close, he’s able to occasionally drive the two and a half hours up to visit us. This time it was to attend AshCap’s Going Away Party.

Justin got in late Friday night, while we were sleeping, so when we woke up, there he was! We had homemade bagel egg sandwiches, RVA blend coffee (a gift from AshCap’s work), and then we hit the road to Humpback Rocks, stopping to pick up Thiago on the way. The road into the mountains was breathtaking. We’d picked the perfect weekend to go hiking because the leaves were at peak color: bright reds, oranges and yellows lit up the hills and contrasted beautifully with the bright blue sky.

This was Justin’s first hiking experience in Virginia. I was excited to share my special place with him. However, I was not at my peak, so to say. I’ve been doing this particular hike since I was ten years old, and I love it, but I was HURTING. Why are mountains all UPHILL?? I blame my energy-sucking allergies. I made it to the top, but only because I knew what was waiting for me: one of my favorite views ever! And lots and lots of Asian students from UVA..like hordes. It was the busiest I’d ever seen the trail. But, anyway, back to the view: 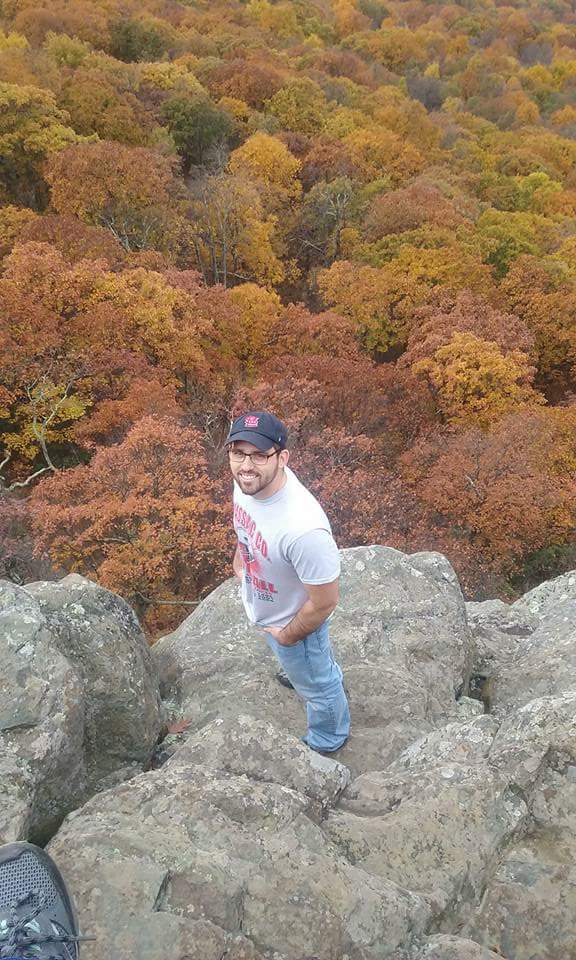 The trek down was loads easier, and we ran/skipped down the mountain (when there wasn’t a traffic jam. Seriously! So many people!) We got a gourmet lunch at an upscale gas station, and then headed to Albemarle Cidery,  where AshCap, Thiago and I sampled flights of hard cider, and Justin drank fresh regular cider (school policy), which was absolutely delicious.

We drove home, did a quick change, and headed to Ashley’s “So, You’re Moving to Tanzania” party at Debbie’s house. Friends, food, and tons of picture taking ensued. We got to see our friend Shak,  in town for a few days from Saudi Arabia, and all the usual suspects were there, as well, doing what we do best: gathering around a table over good food, conversation, and laughter. The night was mild and we lingered around the table until we were called in for group photos: 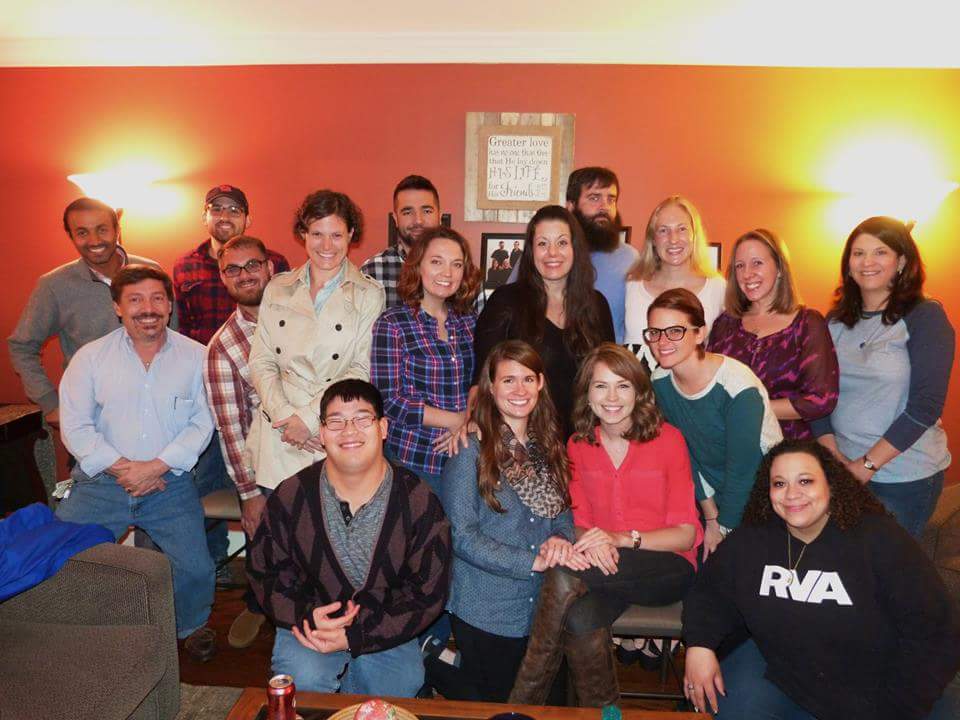 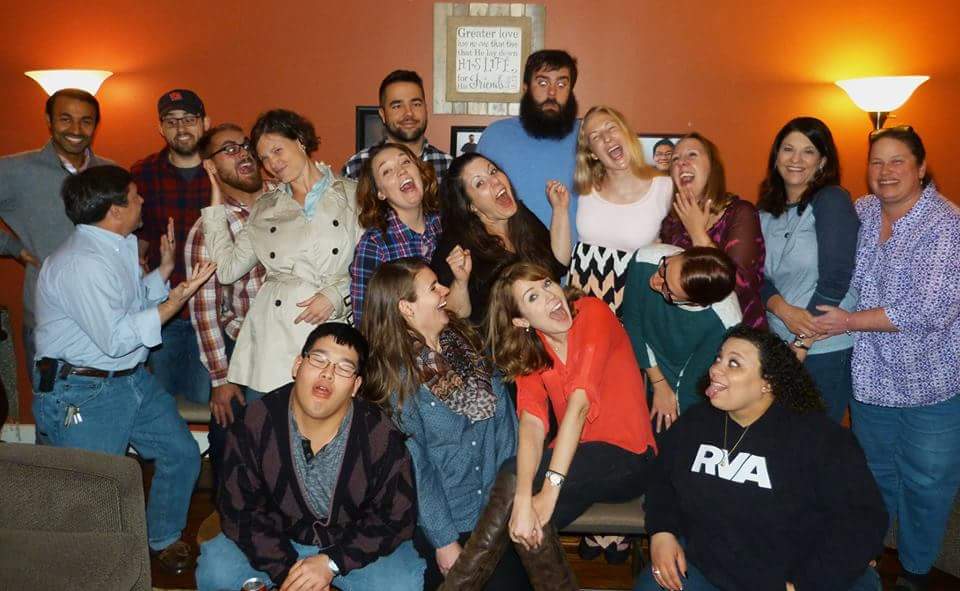 Afterwards,  AshCap, AshWat, Justin, and I met AshCap’s friend Richie at Social 52, which has an amazing Peanut Butter Porter I’d been hoping to try again. After an hour of socializing, this hiker was ready for bed. Also, there was a completely obnoxious glitter-clad bridal party that kept screaming so I was happy to head home!

Before church Sunday we got to do something special: pick up our friend Nick. He’s battled addiction since he was 15 years old, and a few months ago he started using again. By the grace of God, he realized he didn’t want to go down that road again, so he checked himself in to The Healing Place, a rehabilitation center just on the other side of the James. He’s had great success there before, and he’s been sober two months now. We love him so very much and are thankful for so many second chances. It’s not easy loving an addict but I can’t even begin to imagine how hard it is for him, every single day, to fight the battle he faces. He is stronger than I can fathom, and one of the best people I’ve ever known. This was our first time with him since he went into recovery, and we actually weren’t sure if AshCap would get a chance to see him before he left, so it was so sweet to spend the day with him.

Church was great, and afterwards we went to Burger Bach in Carytown. I got the “East Coast”, which had Blueberry Chipotle BBQ sauce, Brie, and bacon. Pretty good, although the Brie had a sharper bite than I remembered.

Next up: cigars and a city rooftop. We selected the girliest cigars we could find at the tobacco shop across from Burger Bach (White Chocolate Truffle and Irish Cream), and made our way to Richie’s apartment. We took the elevator to the fourth floor rooftop deck, settled into comfortable chairs, and relaxed in the afternoon sunshine, listening to tunes on a borrowed Bluetooth speaker, sipping Bourbon, and drinking in the atmosphere. Poor Justin and Nick couldn’t drink or smoke cigars, but I think they still enjoyed the company! 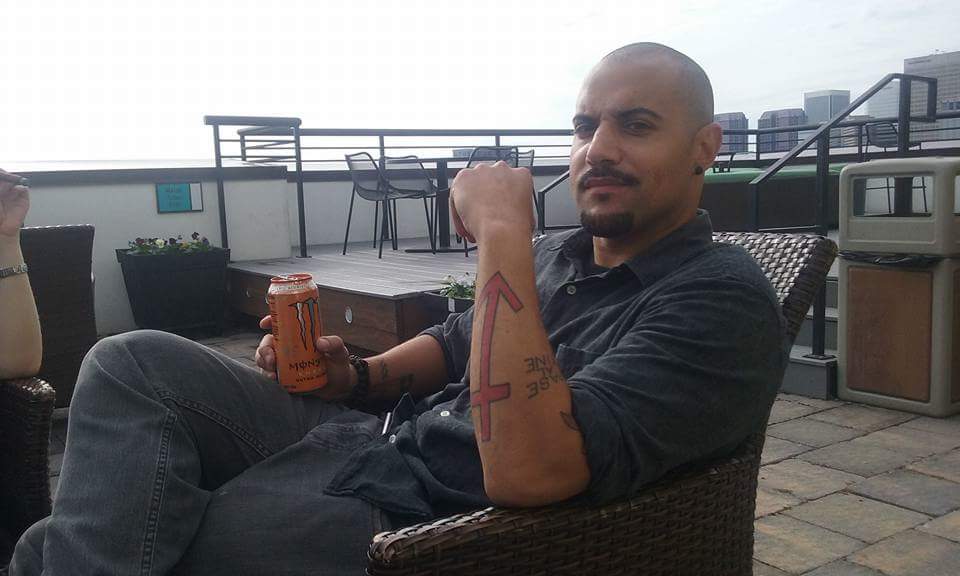 Six o’clock crept up on us, and we jammed six people into Richie’s car. Reluctantly, we dropped Nick off, giving him the biggest hugs possible. We then grabbed a couple tacos at Don’t Look Back Tacos (why? Why is that your name?), and went to the Byrd, one of Richmond’s treasures: a grandly- appointed old movie house complete with an organ that rises out of the orchestra pit (yep, it’s that old). On Fridays and Saturdays Bill Guttledge plays the organ for the crowd before every show. It’s awesome to sing “Take Me Out to The Ballgame” with a theatre full of your neighbors, strangers though they might be. It’s also only two dollars per ticket (cash only, please). We settled into the most uncomfortable seats on the planet and laughed our way through AntMan.

Before we knew it, Sunday was over. Justin and I sat talking until midnight, me huddled under a Sherpa blanket, laughing and dissecting the mystery that is dating. We said our goodbyes then, and I tucked the memory of this amazing, warm weekend into my heart for safe-keeping.

Monday is here, and it’s time to find a gym, but boy, did I have fun! I’m thankful.