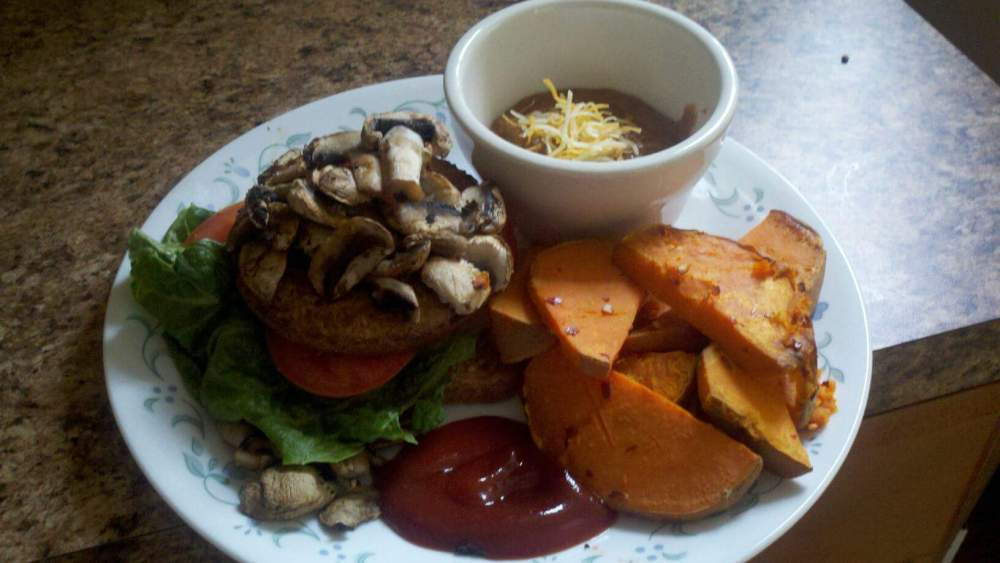 Never ask God to humble you.

I can’t clearly remember why, but for some reason I was feeling like a hot shot at work. I must have gotten a lot of guest compliments, or maybe I scored high on some Secret Shopper reports. All I know is, I was so prideful that I got convicted and asked God to humble me.

That very night, he answered.

I had a big section in the restaurant, and we were busy!

The first problem occurred when a woman called me over to look at her veggie burger. “This tastes like chicken,” she said, following with, “I haven’t eaten anything with a face for twenty-four years!” I saw that someone had, indeed, accidentally brought her a Chipotle Chicken Sandwich, and she was NOT HAPPY.

While trying to get a manager, I checked on my other tables, who seemed to be doing fine..until..ten minutes later,the dad at table 13 (go figure) asked if we were ever going to bring out his son’s meal. I had seen the son eating, but he only had his side of broccoli, not his Jamaican Shrimp. Someone had, again, dropped the ball and forgotten to bring his dish. Another manager visit.

In the meantime, a six-top had set at table 2 and while I tried the best I could to get to them, I was slow bringing their drinks and rushed through taking their order, because I was trying to put out the other fires simultaneously occurring in my section. Of course, table 2 turned out to be Secret Shoppers, and I did NOT score highly on that report.

After that, I’ve learned to ask God to let me humble myself before him instead of asking him to do it. I want to keep my job!

Prayer: For us to see God so clearly at work today that out faith is increased exponentially!

*For God to get so tired of me asking that he just goes ahead and heals my friend J. Squeaky wheel here. 🙂